Business meeting was closed at 2033.

As our Herald, THL Lucien, was unable to attend tonight’s meeting, Lady Mairghread stepped in and called the meeting to order. THL Juliane, our Seneschal sez “Welcome!” and discussed the new Zoom meeting format – in particular, she would like to have everyone make sure they keep themselves on mute until you have something to say. She also walked everyone through the Zoom meeting features, including the “raise hand” feature which marks that you wish to speak.

Our Social Media officer, THL Emelina, read out a disclaimer for everyone to be aware of and agree to, that our business meetings are being recorded and that by participating in this meeting, we have given our consent to have footage containing our faces and/or comments used by the Barony and the Kingdom as necessary.

Next business meeting: Wednesday, 3 June 2020. It will likely still be online via Zoom, but stay tuned!

THL Lucien d’Artois called the meeting to order. Our new Seneschal, THL Juliane de Vivonne, sez “Welcome! If you did not sign in, please sign in!”

Before the officers began giving their reports, THL Piers asked to speak before the populace. He offered an apology for how he handled the coronation bid he submitted.

Next business meeting will be held Wednesday, 1 April 2020, at the Doraville Civic Center.

THL Lucien d’Artois called the meeting to order. Our new Seneschal, THL Juliane de Vivonne, sez “Welcome! If you did not sign in, please sign in!”

Juliane announced we had special guests to the Barony attending our meeting tonight: The Honorable Lady Saruca bint Lazari from the East Kingdom, one of the Society’s Ombudsmen, and Her Exuberance, Baroness Anna, of late from the Kingdom of Lochac and newly arrived to our fair Barony. The populace greeted them warmly.

Next business meeting will be held Wednesday, 4 March 2020, at the Doraville Civic Center.

THL Lucien d’Artois called the meeting to order. Master Wistric sez “Welcome! If you did not sign in, please sign in!”

Baronial Polling Results
HRM Gwenhwyfar announced that after a great turnout with votes and comments from the populace, the new Baron and Baroness South Downs will be Master Wistric Oftun and Mistress Sunneva de Cleia! Huzzah!

Next business meeting will be held Wednesday, 6 February 2019, at the Doraville Civic Center. Happy holidays and a happy new year!

Preparing to march in the parade! 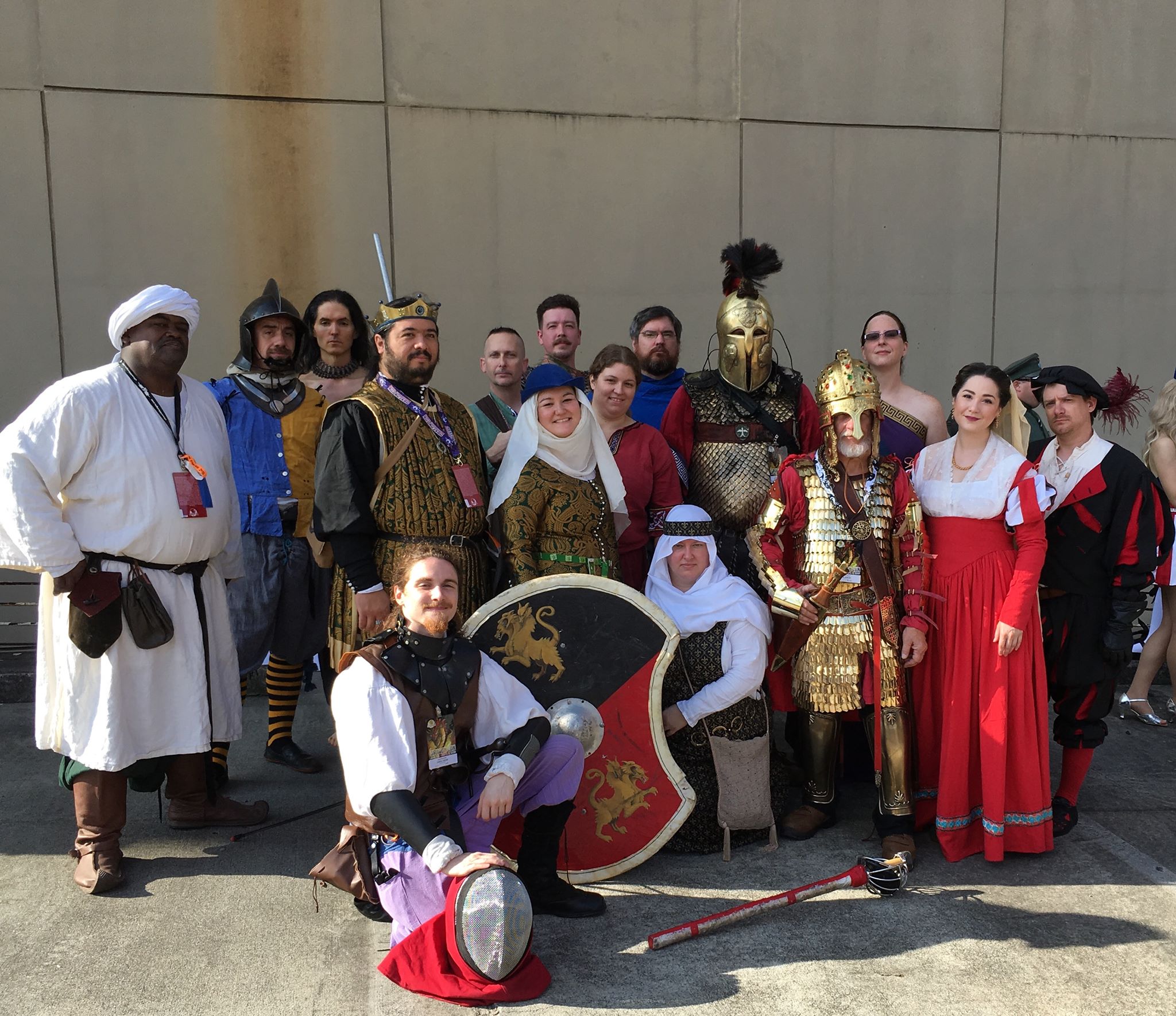 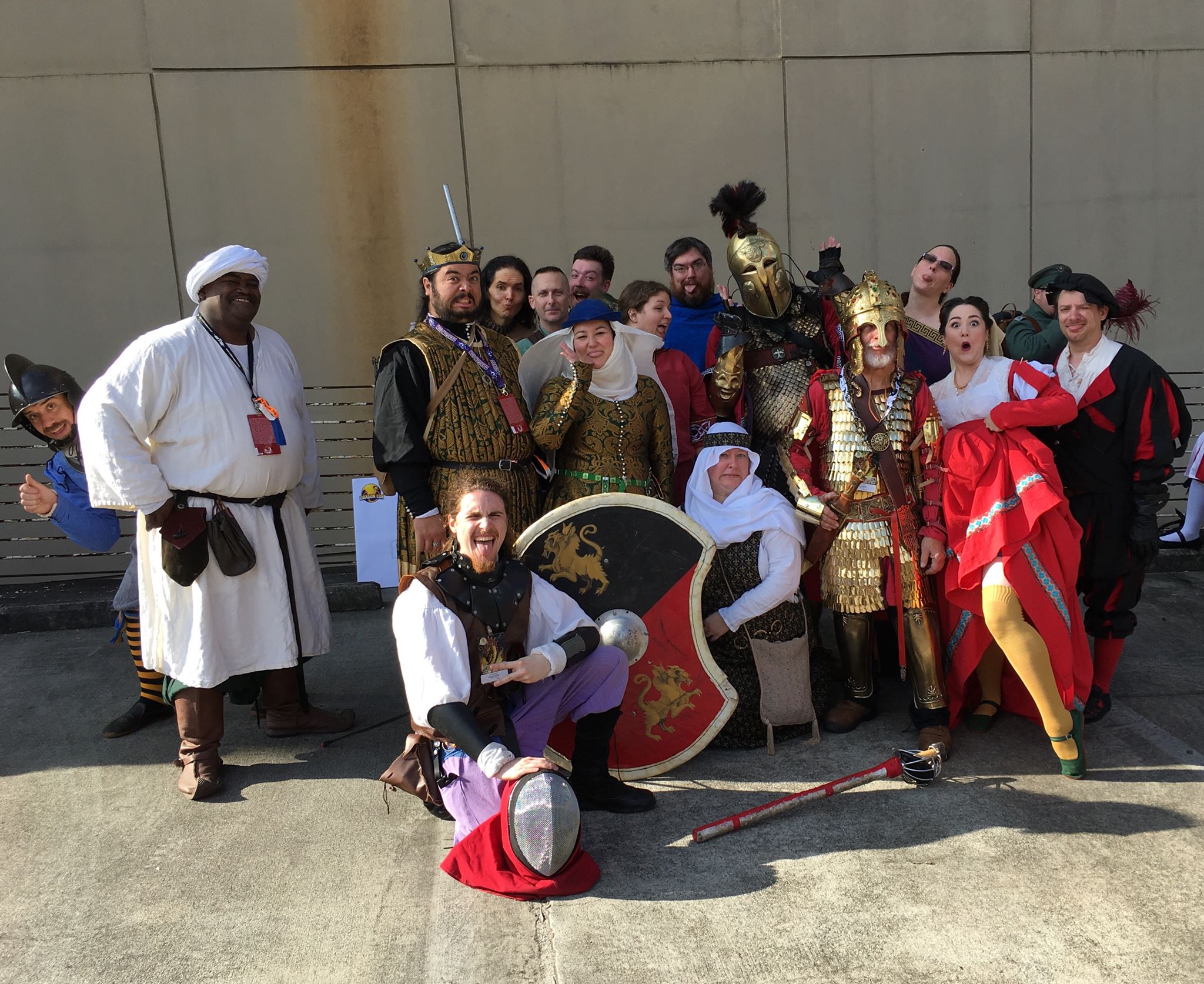 Herald (THL Lucien d’Artois) called the meeting to order. Master Wistric sez “Welcome! If you did not sign in, please sign in!”

Next South Downs business meeting will be held Wednesday, 6 September 2017, at the Atlanta Friends Meeting House.

Copyright © 2022 Barony of South Downs. All rights reserved. The original contributors retain the copyright of certain portions of this site.